The Del Mar Foundation is pleased to be partnering with the City of Del Mar and its Arts Advisory Committee to bring contemporary art to five highly visible locations in Del Mar’s downtown area for public display for 23 months beginning on September 28, 2021.

The Temporary Outdoor Sculpture Program and Exhibit are fully funded by the Del Mar Foundation, which is also providing management support for this program.

More information on this program and the Foundation’s past public arts program can be found below. 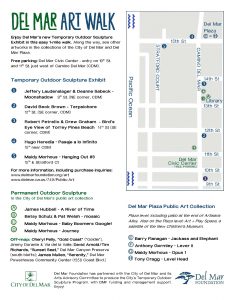 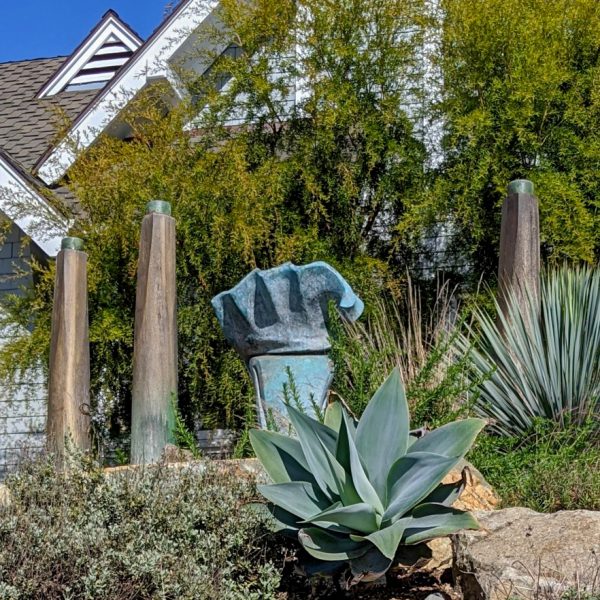 This James Hubbell sculpture was the City’s first art acquisition in 1999, with fiscal sponsorship from the Del Mar Foundation.

All of the sculptures in the Temporary Outdoor Sculpture Exhibit are for sale. 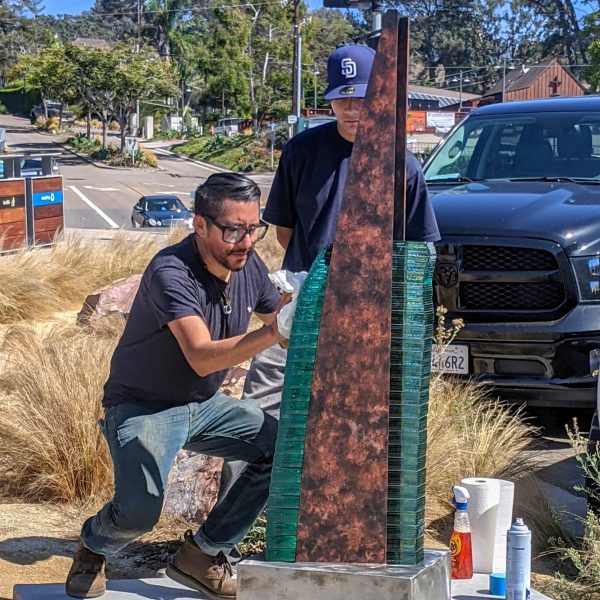 Hugo Heredia: Most people say that Hugo Heredia Barrera is a sculptor. But really he is a choreographer…the choreographer of a dance between a most unlikely pair…solid steel and fragile glass. 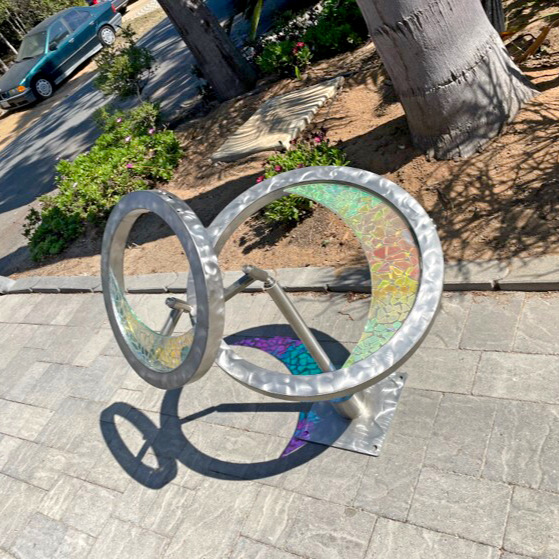 Jeffery Laudenslager:  “I got lucky frequently enough and at critical junctures to have some success.  I make work that moves, moves me and sometimes others. Website: laudenslagersculpture.com

Deanne Sabeck has worked as a professional artist using glass as her medium for more than 40 years. Her current work is about light, color and form. Website: deannasabeck.com 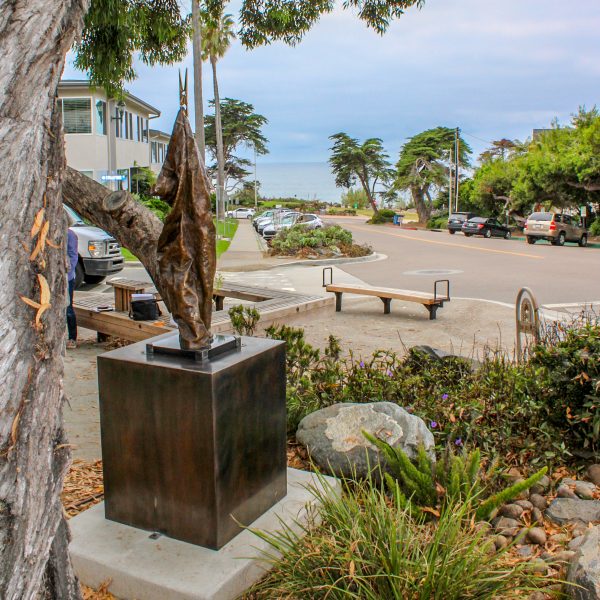 Maidy Morhous, sculptor and painter, studied art in the USA, Italy and France. Born in New York, her artwork can be found internationally in museums and private collections. Website: maidymorhous.com 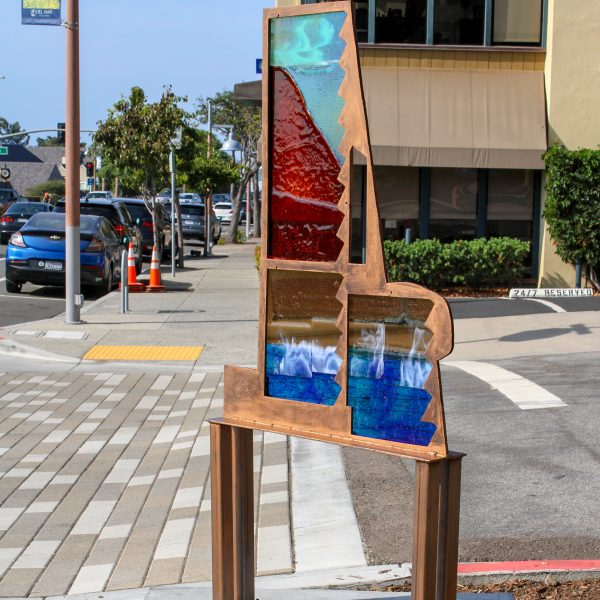 Drew Graham is a metal artist often collaborating with other artists to create innovate frames and pedestals. He particularly enjoys working with steel and iron. 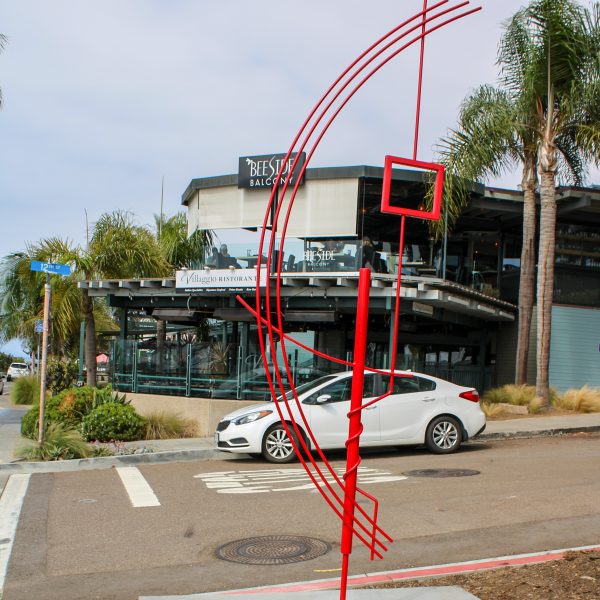 David Beck Brown: “TERPSICHORE is a three-dimensional  celebration of life. She symbolizes the joy of movement, and dance. TERPSICHORE is the Greek Muse of Dance. She will soon have a sister sculpture located in Solona Beach, thereby symbolically uniting the two coastal  communities. A third sculpture is located in the City of Carlsbad‘s sculpture garden.
MAY WE DANCE!”

A Call for Art was issued on July 6, 2021 by the City of Del Mar’s Arts Advisory Committee (AAC). In the one month this invitation was open, 20+ artists submitted more than 30 sculptures for consideration. Proof positive that we live in a vibrant creative community!  The sculptures considered by the committee at its August 25, 2021 meeting can be seen here: Art Submissions PDF.   Find the AAC’s agenda and related materials here.

The AAC recommended the five art pieces pictured above, with the City Council approving them on September 7.  They were were installed between Sept. 28 and Oct. 8.

A new Del Mar Art Walk, a self-guided 1-mile walk to see these sculptures and other works in the permanent collection of the City of Del Mar and Del Mar Plaza, will kick off on October 3 with an Artists’ Reception at the Civic Center plaza. (Reservations for this event are now closed).  Download  The Del Mar Art Walk Map and enjoy this art stroll at your convenience.

Art: A DMF Mission from the Start 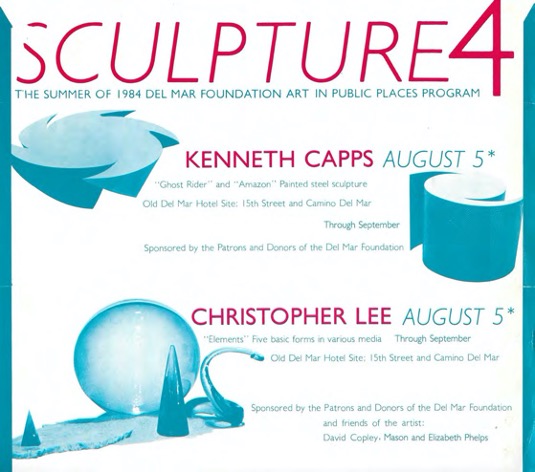 Arts and culture have been a core part of the Foundation’s mission from the start. The new outdoor sculpture program echoes one of the first arts programs the Foundation sponsored, consistent with its mission to to sponsor diverse cultural programs in Del Mar. Art In Public Places, a 1984 program, brought site-specific artworks for a two-month-long outdoor art display curated by art critic David Lewinson. Described as a contemporary art program for people “leery of most art since Impressionism,” it showcased works by four artists: Kenneth Capps, Christopher Lee, Mario Lara, and Eric Orr (with a performance art piece, “Three Pillars of Fire” lasting 20 minutes). 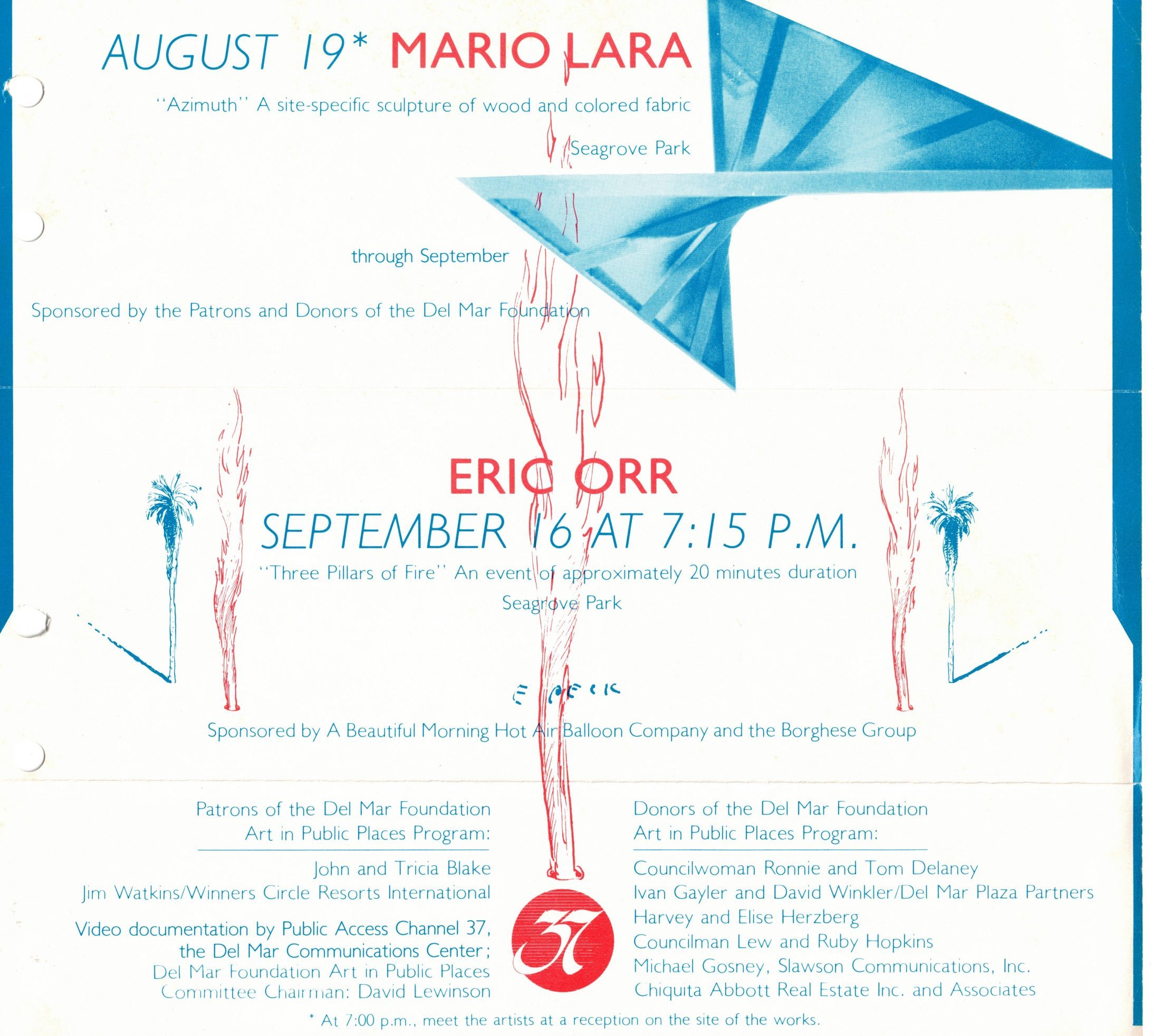 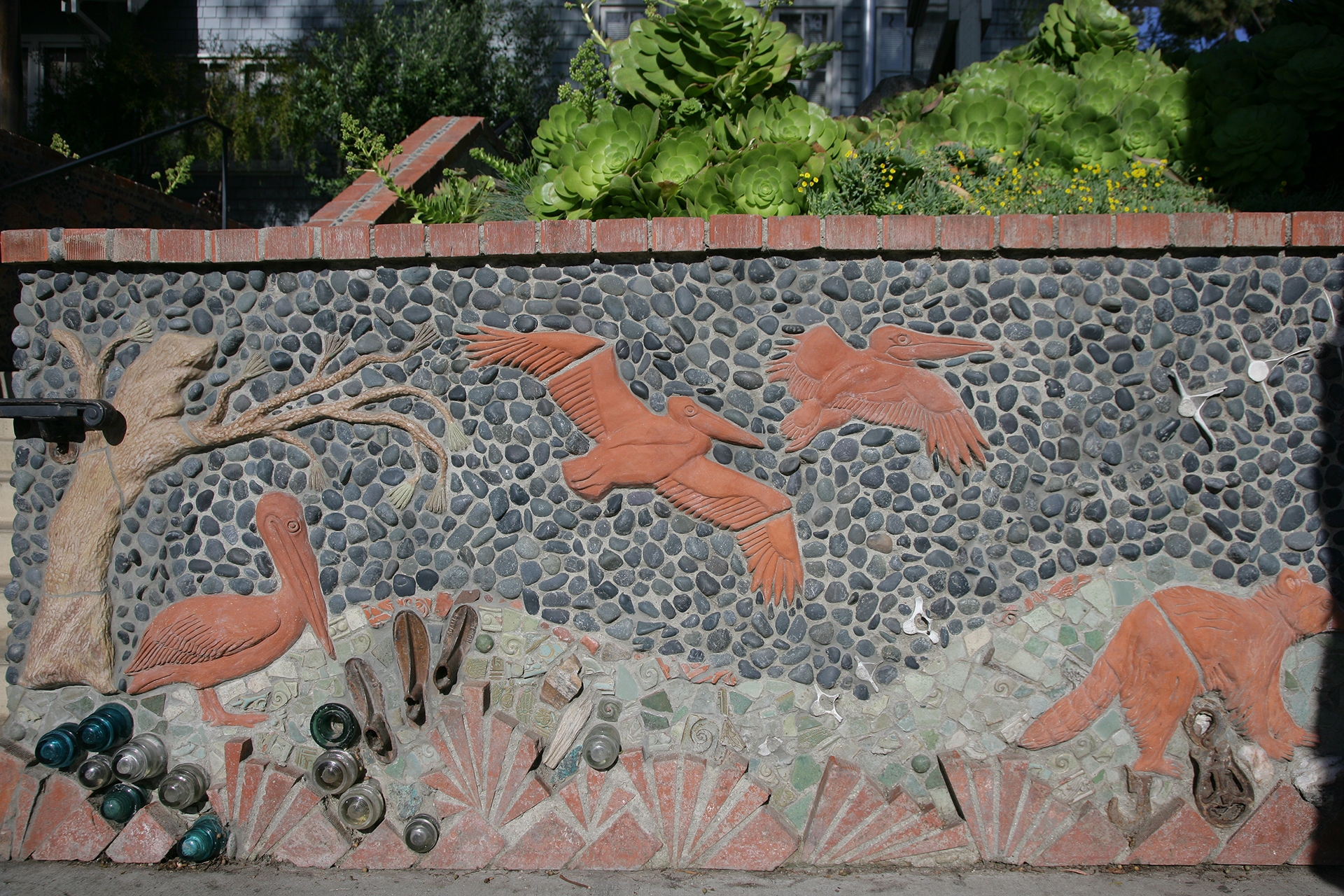 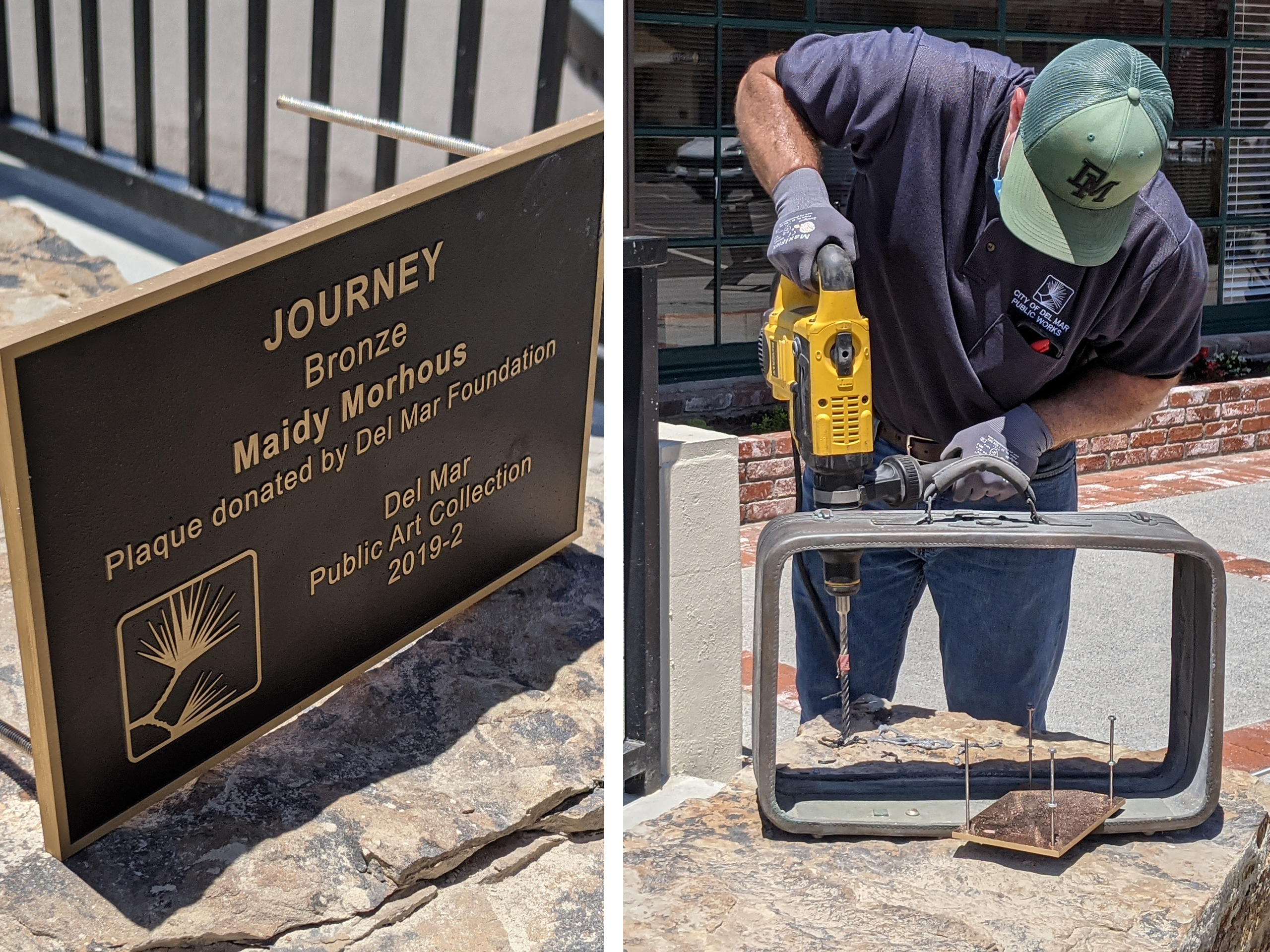 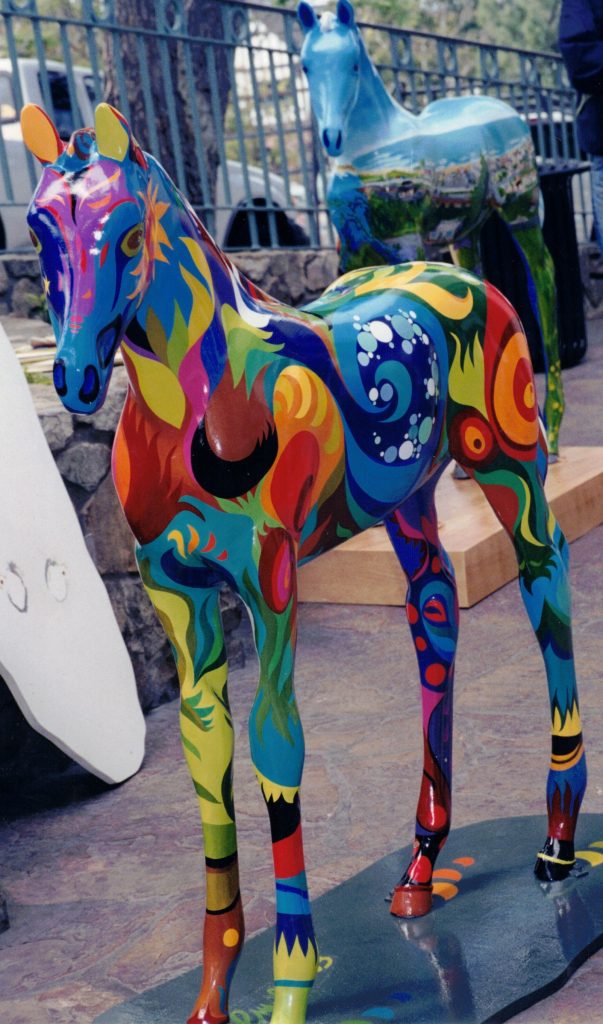 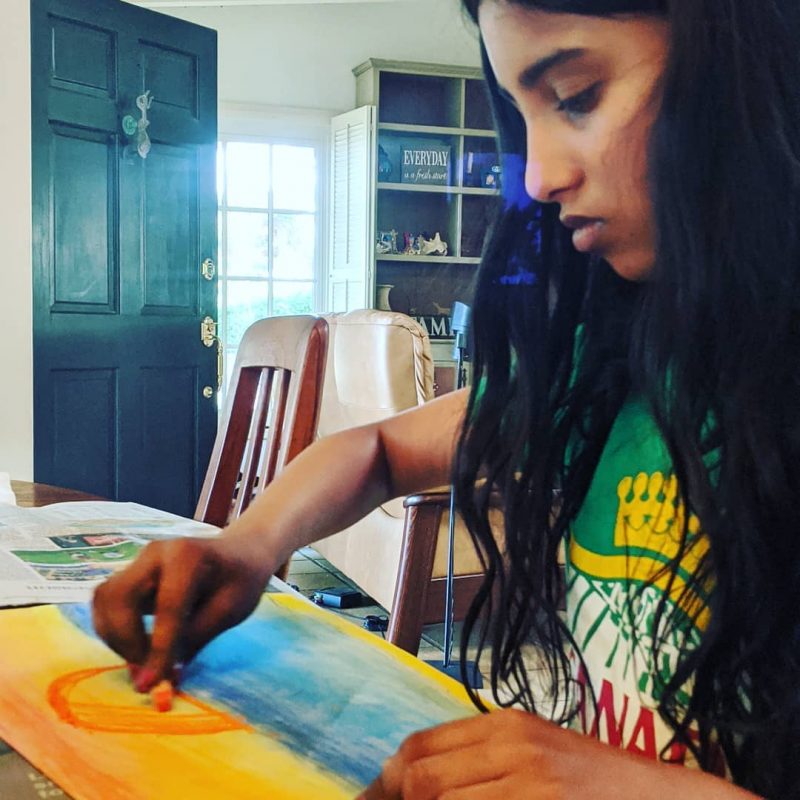