A Community Pillar and His Remarkable Legacy for Del Mar

This tribute focuses on Joel Holliday’s significant role in the founding, growth, and achievements of the Del Mar Foundation. Beyond the scope of this tribute, but well worth noting, is the broader reach of Joel Holliday’s remarkable legacy, including his professional accomplishments (Spin Physics, Applied Micro Circuits Corp., the Charles Lee Powell Foundation) and his nonprofit leadership, fundraising prowess, and philanthropy for other organizations (most notably, La Jolla Playhouse and Planned Parenthood of the Pacific Northwest).

Over the course of 40+ years, Joel devoted significant time, attention, resources and leadership to the Foundation. His formal roles were many: Vice-President of the founding Board of Directors, founding member of DMF’s Investment Committee, Long-Term Planning Chair, and President.

But Joel’s hallmark was quiet, behind-the-scenes work, perhaps even more effective because of his propensity to deflect the spotlight from himself, and to give credit to others. The credit he deserves, however, is substantial, and his impact on Del Mar is profound and enduring, as shown by the few examples highlighted below.

On July 24, 1981, Joel Holliday, Lou Terrell, and William (Bill) Kirwin signed the Articles of Incorporation as the founding Directors of the Del Mar Foundation. In quick order, they articulated an audacious vision for the Foundation: cultural arts and recreational programs, grants to support community priorities, the establishment of endowments to benefit the community in perpetuity, and the acquisition of open space.

This vision wasn’t just aspirational: it also served as a practical blueprint for building a robust community-serving organization. And the founding directors weren’t just visionaries; they rolled up their sleeves and made many of their goals a reality — launching Summer Twilight Concerts in 1983; creating a months-long Art in Public Places event in 1984; and making early grants, including to Junior Lifeguards and, in 1985, for seed money for the creation of the Del Mar Historical Society.

Joel’s Vision of a Community Endowment: From Concept to Reality

It was Joel in particular who envisioned the creation of a community endowment to provide long-term funding for community needs. Even in the early years, as the Foundation was overseeing Del Mar Days, creating robust cultural arts programs, supporting the acquisition of the Powerhouse property, and making community grants, the Board continued to support the vision of a community endowment. By Sept. 1989, under the leadership of then-President Rosanne Holliday, the Foundation had accumulated $100,000 as seed money for an endowment.

In 2004, When the San Dieguito River Park JPA selected the Del Mar Foundation to manage a $500,000 San Dieguito Lagoon Endowment Fund to provide funding for future maintenance of the Lagoon’s restoration, the Foundation created its Investment Committee to manage the investment of this Fund. Joel Holliday was a founding member of that Committee, and worked diligently to make the Foundation’s capacity to manage significant assets for the benefit of our community more robust.

Looking ahead to the Del Mar Foundation’s 25th anniversary, Joel returned to the Board in 2004 and took the lead role to bring his most consequential vision to reality:  the establishment of the Foundation’s Community Endowment.  As chair of the Board’s Long Term Planning committee, Joel authored a memo making the case that the Foundation commit to “building a significant endowment and increasing substantially the amount of grants.” The goal, as stated in that memo, was to become “a significant, consistent participant in providing benefits to the community that are beyond the capabilities of a City that has limited sources of revenue and increasing costs of compliance with mandated requirements and city services.” Joel’s memo asked the board for a commitment that “time, energy and funding would be devoted to executing on this vision.”

Once the Foundation made that commitment, Joel took the leadership role in the 2007 launch and early success of the Community Endowment. At a time when major donations to the Foundation were in the $1000 range, Joel persuaded the board to adopt a $600,000 initial goal for the endowment, and led a campaign that asked individual donors to commit up to $50,000 as founding endowment donors.

In 2008, Joel became the Foundation’s President, and in the Fall 2008 newsletter, he reported that the goal of raising $600,000 in endowment pledges was nearing completion.  Joel continued to work on long-term development goals including securing bequests and other legacy gifts.

Today, the Foundation manages approx. $8 million in endowment, quasi-endowment and reserve funds, including funds for the benefit of Del Mar Historical Society and future maintenance of the San Dieguito Lagoon restoration.  All of this is possible because of the vision of Joel Holliday, and his sustained leadership and work to bring that vision to reality.

An August 1982 letter from Joel Holliday to the City Council was instrumental in launching the successful campaign for the acquisition of the Powerhouse property for open space. Today, it’s hard to imagine Del Mar without Powerhouse Park and the Powerhouse Community Center, but at the time Joel wrote this letter, the property was on track to become the site of Del Mar’s largest restaurant.

Excerpt from Joel Holliday’s Aug. 16, 1982 Letter to the City Council:

“The Powerhouse Property is one of Del Mar’s most critical pieces of land, and will have a significant impact on the nature of our town. At one extreme, as is currently proposed, this property could be the site of Del Mar’s largest restaurant and a large parking structure across the street. . . On the other hand, [it] could be the site of an extended Seagrove Park, which will serve Del Mar and the huge forecasted population increase predicted to occur east of Del Mar.”

The Foundation, under Joel’s leadership, worked on potential funding mechanisms for the Powerhouse property, intent on facilitating this open space acquisition. Ultimately, the City Council placed Powerhouse acquisition on the ballot for a February 1983 vote, and a citizens’ committee spearheaded by Joel Holliday, Al Tarkington, Nancy Hoover, Connie Geritz and Barbara Shore took on the role of organizing support for that ballot measure. Rosanne was a stalwart volunteer in this hotly-contested campaign. Voter approval of the Powerhouse acquisition forever secured this vital property for public use and open space.

Later, restoration of the Powerhouse was supported by the Foundation’s fiscal sponsorship for the fundraising campaign, and a Foundation grant, along with personal support from Joel and Rosanne Holliday and many other generous community members.

Joel was on the Foundation board when it awarded a $35,000 grant for the acquisition of Shores Park — at that point, the largest grant in DMF’s history.  Joel keenly understood that open space opportunities for Del Mar were finite, precious, and easily lost.

The Holliday Family Foundation, established by Joel, Rosanne and their family, underscored the family’s commitment to this important open space acquisition by donating  $500,000 to the City for Shores Park, one of the three largest donations made for the park’s acquisition.

It is fitting to close this tribute with a few words about special qualities of Joel’s that meant so much to those who had the opportunity to work with him. He was a mentor who cultivated the next generation of leadership for the Foundation and for Del Mar. He could be counted on for wise counsel, rooted in a strong grasp of complex issues at a granular level, but never losing sight of the big picture. His calm, steady presence was unwavering, even in the most contentious moments. That was perhaps Joel’s rarest gift. That calm, steady presence will be sorely missed – but less so, if enough of us aspire to emulate it.

The example of community engagement and philanthropy set by the entire Holliday family — Joel and Rosanne, Will and Nicole, Katherine and Tom, and grandchildren — is instructive and inspiring

And those lucky enough to have known him will always remember his great sense of humor, his love of fly-fishing, his bartending skills, and above all, his evident and inspiring love for his family. 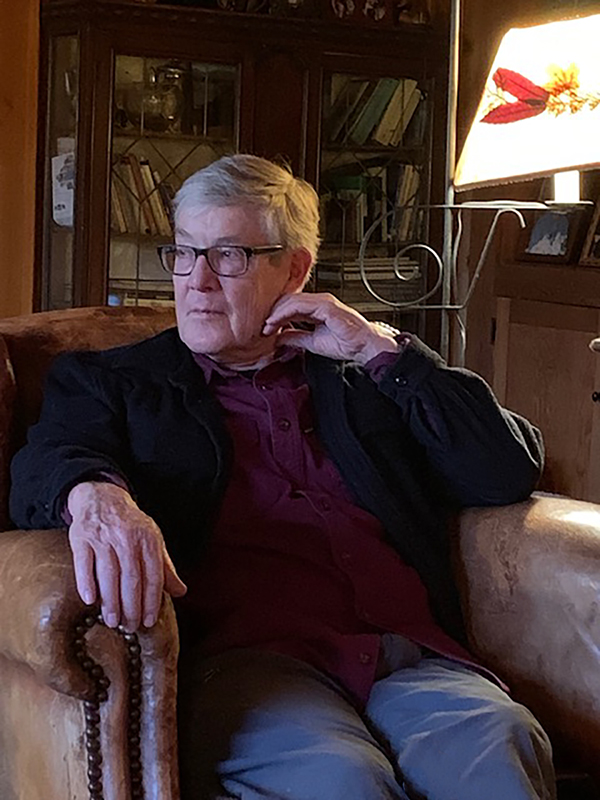 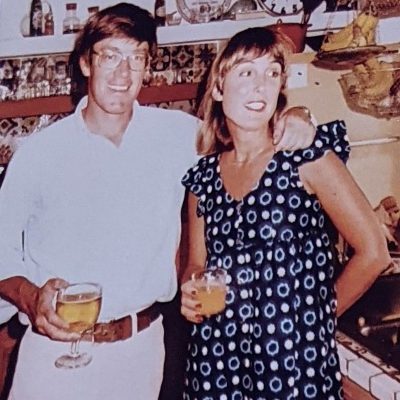 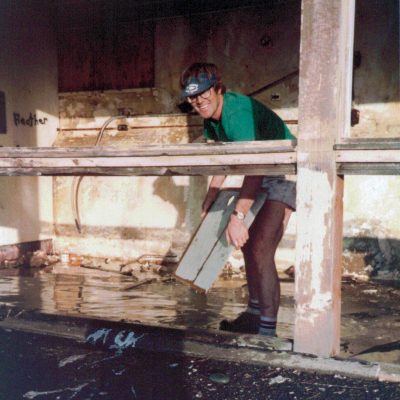 In this March 15, 1983 photo, one month after Del Mar voters approved the Powerhouse acquisition, Joel takes a hands-on approach to cleaning up and painting a very dilapidated Powerhouse. Photo courtesy of Holliday family. 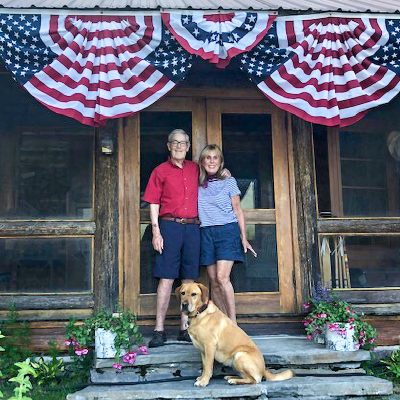 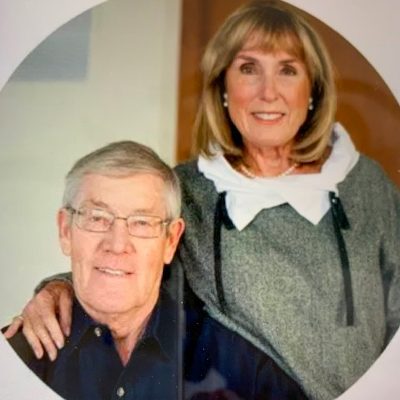 Joel and Rosanne c. 2007, when the Foundation’s Community Endowment was launched. 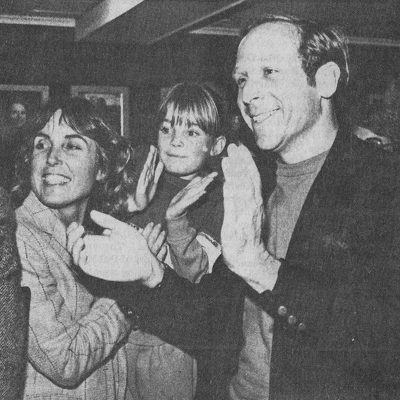 Rosanne, daughter Katherine, and Mayor Harvey Shapiro celebrate as the vote is tallied for the Powerhouse acquisition on Feb.15, 1983.