in a special Bluegrass and Beyond performance

Note:  Advance proof of full Covid-19 vaccination is required. Information on how to submit vaccination proof will be included in your confirmation email. Currently, masks are required inside Town Hall; we will update this information if that requirement changes. 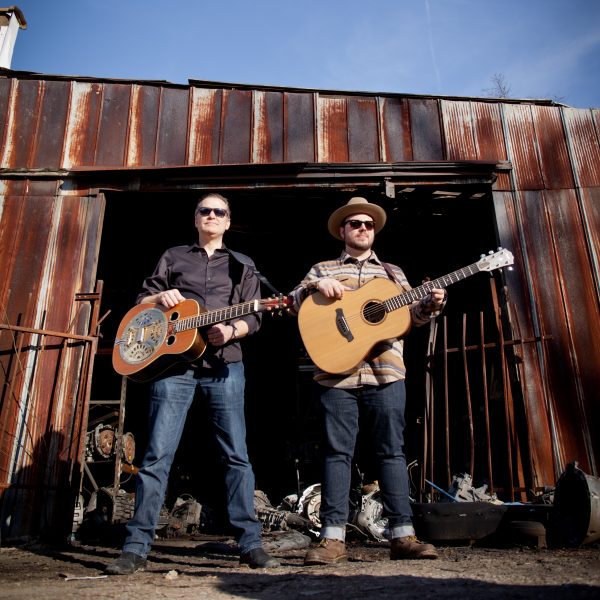 Note: You do not need a PayPal account to buy tickets. Once you click on the number and type of tickets you wish to purchase, on the PayPal screen, scroll down below the “LOG IN” button and click on the “Pay with Debit or Credit Card” button to purchase tickets without a PayPal account. Problems or questions? Contact us by email: ca@delmarfoundation.org.

Ticket sales are final.  See below for information on changing patron/reserved seats to general admission. If you want to change the name for your tickets on our check-in list, please send an email with that information to: ca@delmarfoundation.org.

Reserved Seats: We circulate a seating chart by email to purchasers of reserved seats. Thanks for your patience as we get the seating chart to you as quickly as possible. This process allows you to select your exact seats; and if your preferred seats are unavailable, you can change your seats to general admission if you prefer, and we’ll send you the price difference as a PayPal refund.

About Rob Ickes and Trey Hensley

Take a 15-time IBMA (International Bluegrass Music Association) Dobro Player of the Year and a Tennessee-born guitar prodigy who made his Grand Ole Opry debut at the age of 11, and you have Rob Ickes and Trey Hensley, a powerhouse acoustic duo that has electrified the acoustic music scene.

Known for their white-hot picking, stone country vocals with soul, and world class live musicianship, Ickes and Hensley meld together blues, bluegrass, country, rock and other string band music of all kinds to form a signature blend of music that defies restrictions of genre.  They are equally at home on stages of performing arts centers, theatres and the Grand Ole Opry as they are on Americana, jamgrass, bluegrass and jam band festival stages.

Here’s what country legend Merle Haggard had to say about Rob and Trey’s debut album:

“I‘m sure I don’t make a ‘true critic’ since I am already such a fan, but this album from Rob Ickes and Trey Hensley is a wonderful piece of work. And my songwriting side is truly overwhelmed. Thank you, thank you, thank you.” – Merle Haggard

Ickes co-founded the highly influential bluegrass group Blue Highway and has been a sought-after Nashville session player and live performing musician for decades, with credits to his name such as Vince Gill, Earl Scruggs, Merle Haggard, Alan Jackson, Reba McEntire and Alison Krauss.  Hensley has been called “Nashville’s hottest young player” by Acoustic Guitar magazine and his soulful baritone vocals have received acclaim as well. Influenced by repertoires as diverse as The Allman Brothers Band, Ray Charles, Merle Haggard and Stevie Ray Vaughan, Hensley has shared stages with artists such as Johnny Cash, Steve Wariner, and Peter Frampton. As a duo, Ickes and Hensley have shared the stage and collaborated with Tommy Emmanuel, Taj Mahal, David Grisman, and Jorma Kaukonen & Hot Tuna — all enthusiastic admirers of the duo.

Ickes grew up in a suburb of San Francisco and discovered the Dobro as a teenager when he borrowed a Mike Auldridge cassette from his brother. He later moved to Nashville to pursue session work, gracing the recordings of some of the best in the business before co-founding Blue Highway, and earning an unprecedented number of IBMA Dobro Player of the Year trophies.

Hensley grew up in East Tennessee and started singing in a gospel group when he was 6 years old. A few years later, his parents took him to a bluegrass festival where the lineup included back-to-back sets by bluegrass legends Charlie Waller and Jimmy Martin. Hensley decided then and there that he wanted to play guitar. By the time he was 11, he had given a life-changing first performance on the Grand Ole Opry playing guitar with Earl Scruggs and Marty Stuart.

When Scruggs played in Knoxville not long after the Opry appearance, he invited the young Hensley to sit in. Ickes, who was playing Dobro in Scruggs’ band at the time, remembers Hensley as “a very talented kid,” but it would be roughly a decade before they crossed paths again.  When they did, Ickes was blown away.

“I couldn’t believe the guy!” Ickes says. “I was just so excited about his music that I called everyone I knew in Nashville and told them about him.  Then I suggested that we start playing at (Nashville’s) Station Inn and treat it like a showcase for Trey, just to see what might happen.  I used to tease him and say, ‘I’ll have you famous by Christmas.’ Then, just one year later, our first record was nominated for a Grammy.”